The 6 edition of European Deaf Champions League Futsal was be held in Stuttgart (Germany) on 02th to 6th January 2019.

Were 20 men and 11 women teams in the DCL tournament with 510 players and officials. The men and women teams were invited by the DCL as champion from their National Federation. Each country was qualified with their clubs then were 17 countries plus the host team (GSG Stuttgart). The tournament had good development every day and we would like to thank to organising committee "GSG Stuttgart".

The winner of men teams was "Dolphins Ashdod' from Israel, who have won against the italian team Real E Non Solo with the result 5-2. Is the second time that Dolphins Ashdod get the title. 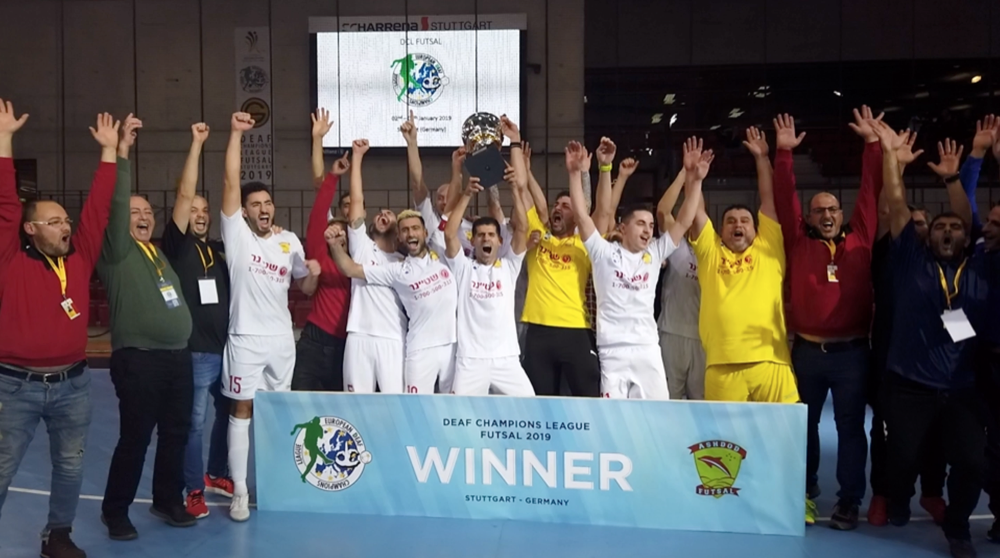 GTSV Essen from Germany won the title for women tournament. In the final, GTSV Essen beat to Doncaster DFC from England, 3-1. The next edition will be in Vigevano (Italy) on 20-25 January 2020 by organising committee Real E Non Solo. 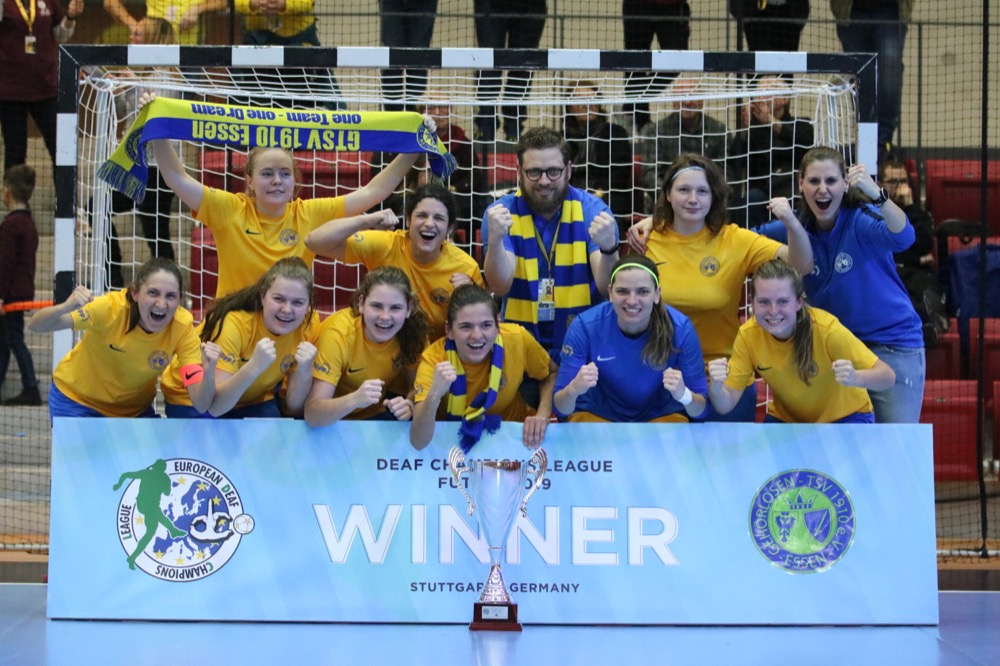