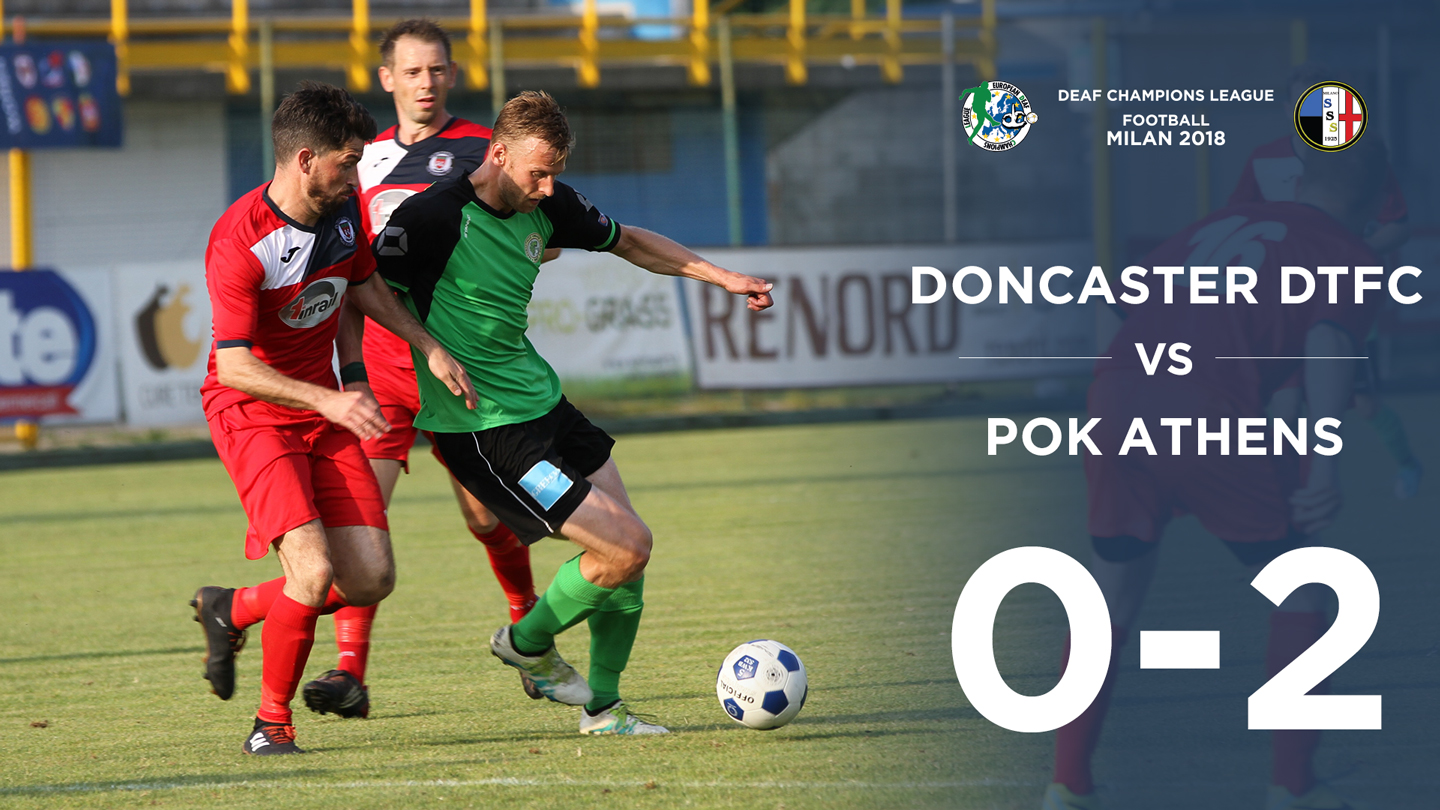 POK Athens is champion as second consecutive time, winning in the final with the result of 2-0 against Doncaster. For the greek team it is the fourth cup of the Deaf Champions League conquered in 5 years.

Doncaster played with a 4-5-1 formation by Walsh goalkeeper, Wilcox, Naylor, Singh and Kamps in the line of defense. In midfield Casey, Atkinson, Breeze, Millenstend and Calrke and in attack the only striker Cameron.

POK Athens has not changed form compared to yesterday and he presented the 4-2-1-3 with Berdi goalkeeper, Karampelas, Balas, Scotton, Abdelhay in the defensive line, median couple formed by Dionysatos and Amer. Grippo behind the 3 strikers Cigna, Casteljins and Salim.

In the first half with few emotions, POK Athens has always the possession. The 3 strikers are moving a lot, but the english defense is careful with good control. On the other side the Doncaster leaves too much alone in attack and the greek defense can sleep peacefully.

The only emotions come to the minute 32 when Karampelas hits the top of the crossbar with a cross and 44 minutes with Casteljins who pulls out of a good position.

In the second half, the coach of POK Athens enters Balis and the game becomes a bit livelier: from the beginning of the second half the greeks put more determination and anger on the pitch and immediately shows that they want to win. A free-kick from Balis directs the gloves to the opponent's goalkeeper, then at minute 53 Salim gives a good position in the penalty area and after in minute 57 comes the goal of a deserved advantage: the dutch Casteljins asks and gets a nice triangle from Salim and with a right footed shot to send the ball to goal.

After POK Athens slows down the pace on the pitch while the Doncaster tries to attack to equalize the game, but don’t have clamorous occasions. POK Athens defends well and at minute 93 closes the games once again with Casteljins on the counterattack exceeds in dribbling the goalkeeper and scores an empty goal.

The referee Pedro Costa from Portugal whistles the end, the POK Athens triumphs once again, at the Doncaster remains bitterness for the final lost, but also had the applause for an excellent Deaf Champions League.